In our increasingly busy and often noisy lives, plugging into our portable devices and cranking up the volume to drown out the hustle and bustle can feel like a great way to escape into our private little worlds.

We see this phenomenon everywhere, from children playing games or watching movies on iPads, to adults listening to music or a podcast on their iPod or smartphone.

While this is certainly a relaxing way to unwind, if the volume is too loud we could all be doing our ears and hearing a great deal of harm.

The link between occupational noise and hearing loss has been well established, and these days’ people tend to protect their ears when using drills, grinders, and other noisy power tools and industrial equipment. What people don’t realise is that any loud sound can damage hearing, including music.

According to the World Health Organisation, hearing loss is one of the leading causes of disability in adults globally, and noise-induced hearing loss is its second-largest cause. In Australia, hearing loss is a huge public health issue, affecting one in six people and costing taxpayers over A$12 billion annually for diagnosis, treatment, and rehabilitation.

And the issue is not limited to adults. Reports have suggested there’s an increased prevalence of noise-induced hearing loss in Australian teens who use personal music players, as well as a 70% increased risk of hearing loss associated with use of personal music and media players in primary school-aged children. These are very worrying trends considering the widespread usage of these devices. Even a slight hearing loss can negatively affect a child’s language development and academic achievement. 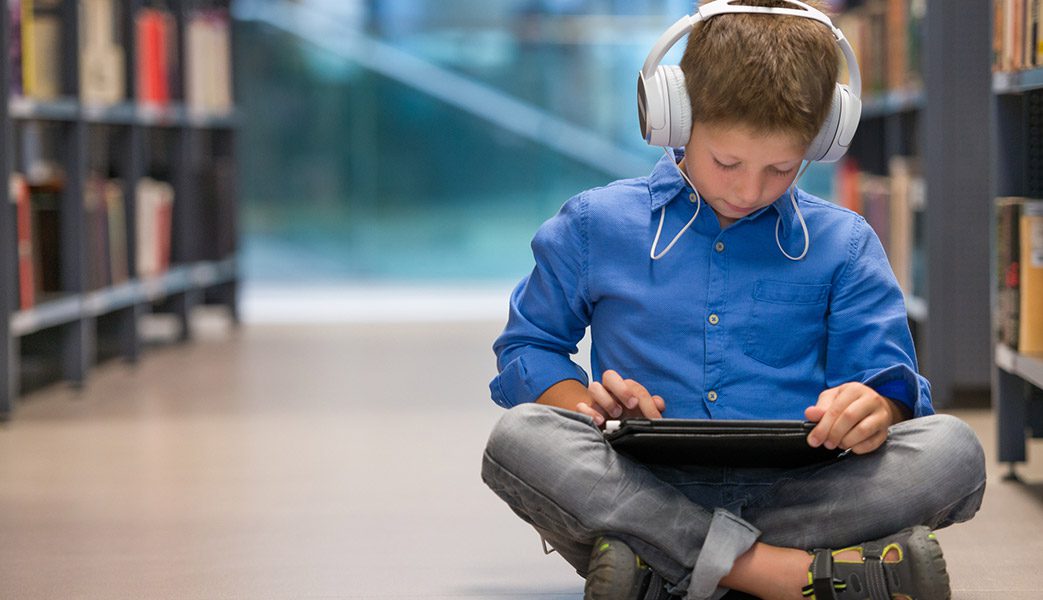 Recent reports suggest a 70% increased risk of hearing loss associated with use of personal music and media players in primary school-aged children. Image via www.nbnco.com.au

For musicians – including rock musicians, DJs, classical violinists, and pop singers – the problem is amplified (pardon the pun). For this group the repeated exposure to loud music at gigs and nightclubs often leads to permanent hearing damage, hearing loss, and tinnitus (ringing in the ears). Initially this damage is subtle and rarely noticed, however problems become significant in middle age, when the noise-induced hearing loss combines with the natural loss of hearing due to ageing, and people start to experience hearing loss that would usually only have appeared in old age. 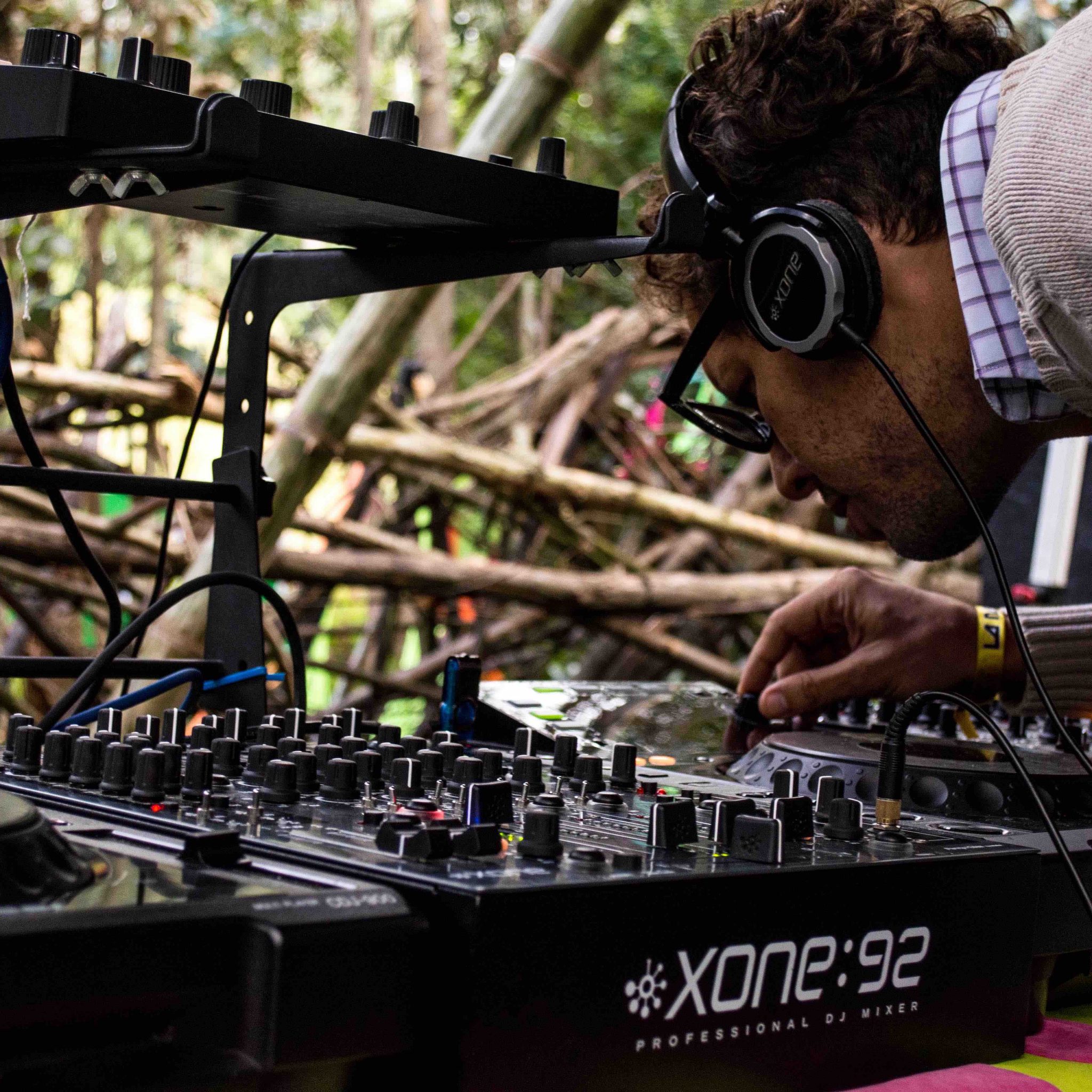 For musicians, repeated exposure to loud music at gigs and nightclubs often results in hearing loss that would usually only appear in old age.

Musicians and Hearing Loss: The Evidence

The largest study into noise-induced hearing loss in musicians was published in 2014. Three million Germans were examined, including 2,227 professional musicians. They found that the musicians were about four times as likely to report a noise-induced hearing loss compared to the general population. Another study showed that professional musicians were 1.5 times more likely to suffer from tinnitus, while many studies have shown that type of instrument can also play a role in hearing loss, for example violinists and violists have more hearing loss in their left ear compared to their right ear (due to the instrument’s position under the chin with the left ear almost touching the tailpiece). 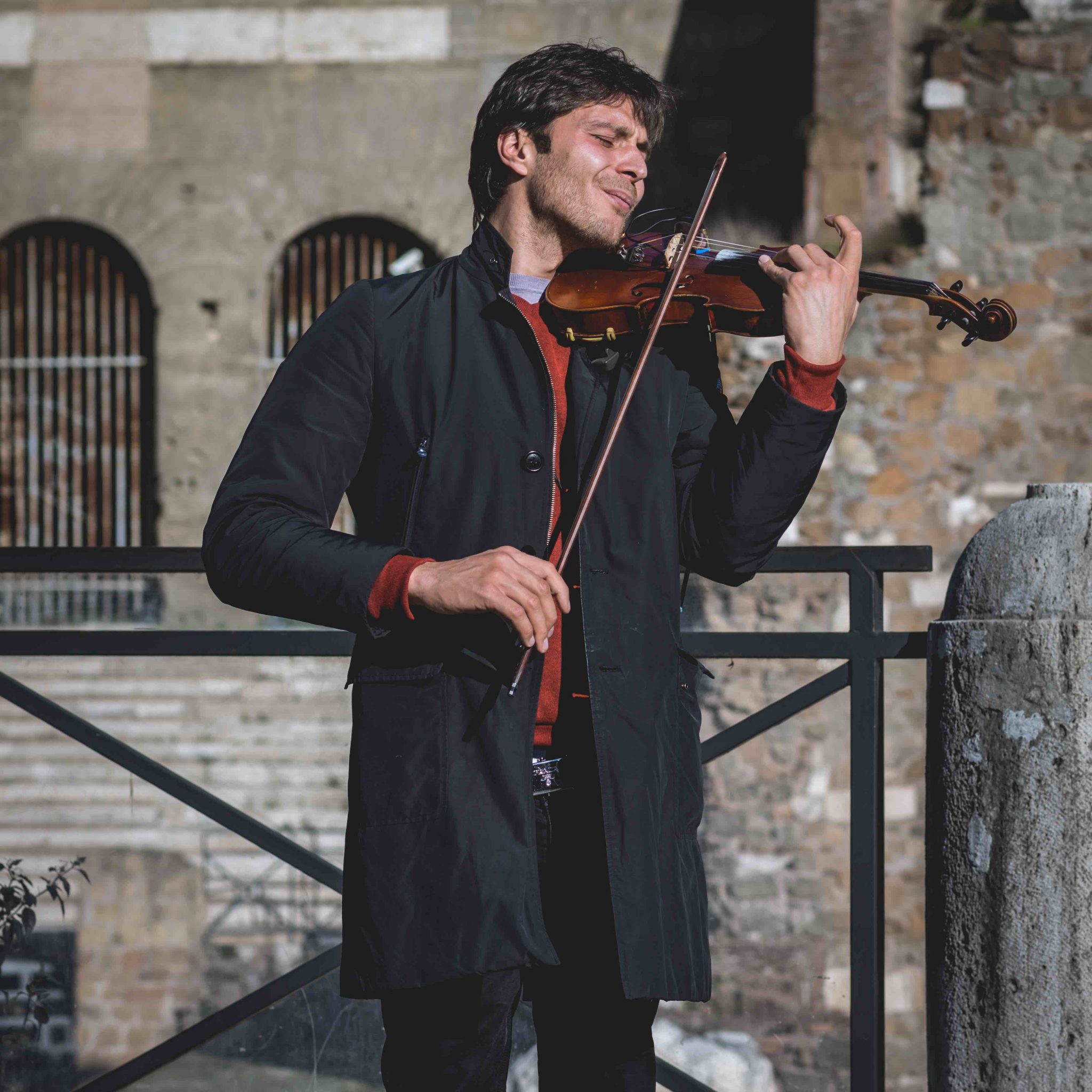 Violinists and violists have more hearing loss in their left ear compared to their right ear due to the instrument’s position under the chin with the left ear almost touching the tailpiece.

How does loud music damage the ear and affect hearing?

People with good hearing have tiny hair cells that line the inner ear. These transmit signals to the brain, which are interpreted as sound. Listening to loud music and other loud noise leads to excessive wear and tear on these hair cells, leading to their damage or destruction.

This process is usually gradual and progressive, and unfortunately once the hair cells are gone they don’t grow back, so any damage is permanent.

Risk to hearing arises from a combination of how loud the sound is and how long you are exposed to it for. It can take many months or even years for the effect on hearing to become apparent, but listening to loud music or other media over a long time can gradually cause hearing loss issues.

How loud is too loud?

Generally speaking, 85 decibels (dBs) and above is considered the level where noise exposure can cause permanent damage. An example of this noise level is a vacuum cleaner. Listening to noise at this level for approximately 8 hours is likely to result in hearing problems. Decibel levels exceeding 90 or more (i.e., shouting, lawnmower) should be limited to no more than 2-3 hours per day. Further, as the volume increases, the amount of time needed to cause permanent damage decreases.

Noise levels at music concerts can reach up to 150dBs, and it is not recommended to expose yourself to this environment without some form of hearing protection, for example earplugs. Below are some other examples of music sound levels: 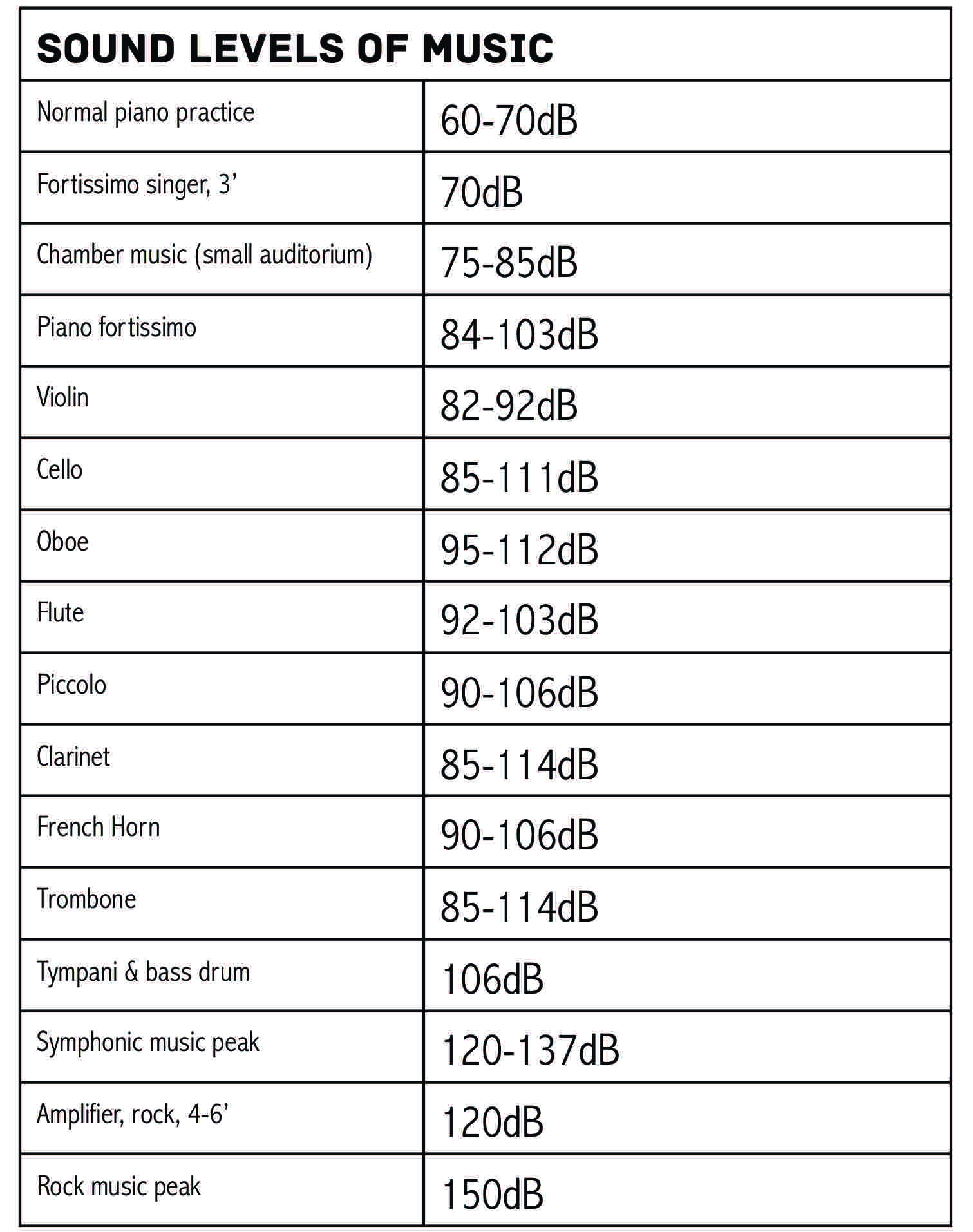 Some smartphones and personal music players can reach up to 115 decibels (roughly equivalent to the sound of a chainsaw). At this level, it can take less than a minute before permanent damage is done to your hearing. How can you tell if your volume is turned up too loud? The simplest rule is that if others can hear your music, it’s probably too loud. 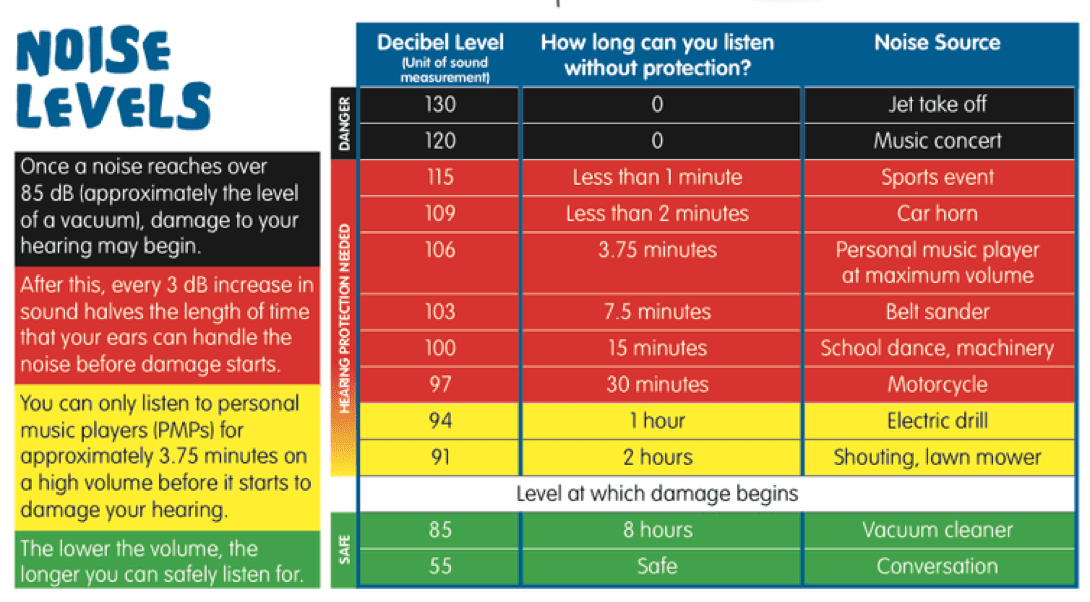 A snapshot of damaging levels of sound. Graphic via Ear Science Institute Australia.

How can we protect our hearing AND continue to play and listen to music?

Musicians
Somewhat ironically, musicians often deteriorate their ability to write and perform great music for a sustainable amount of time due to the effects caused by the loud volumes of music listened to when writing and performing.

Fortunately, there are ways to reduce risk. Professional orchestras can look at how they schedule music, to ensure that musicians are exposed to a mixture of quiet and loud pieces. Orchestras and bands can also employ perspex screens to block sound from the loudest instruments. These provide acoustic separation between instruments on stage or in the studio, which help reduce drum bleed into vocal or instrument microphones and lower stage volume so that everyone can hear themselves better. Drummers are particularly at risk of hearing problems, but using quieter practice pads and earplugs can go some way to lessening potential hearing loss. For rock and pop musicians, using in-ear monitors rather than loudspeakers also has the potential to reduce noise exposure, because the sound within the ear can be better controlled.

For all musicians, investing in some high quality earplugs is a must. The best style are the custom fitted earplugs that actually dampen all frequencies by roughly the same volume, therefore maintaining the same sounds but just at a lower level. Example of a perspex screen via promusicaustralia.com.

Concert Goers
Although entertainment venues are regulated by the same OH&S standards as the industrial sector for sound levels and noise pollution, they continue to play music at excessive levels and very rarely are personal hearing protection devices (i.e., earplugs) provided or worn in pubs, clubs or venues by staff or patrons.

If you visit a nightclub that is thumping out music on the dance floor at 100dB, then after only 10-15 minutes the exposure is potentially damaging. In a quieter part of the club (say a level of 90dB), then you could be there for a couple of hours before having to worry about your hearing being affected. So make sure you spend some time in quieter areas where you can chat to your friends, as well as on the dancefloor. 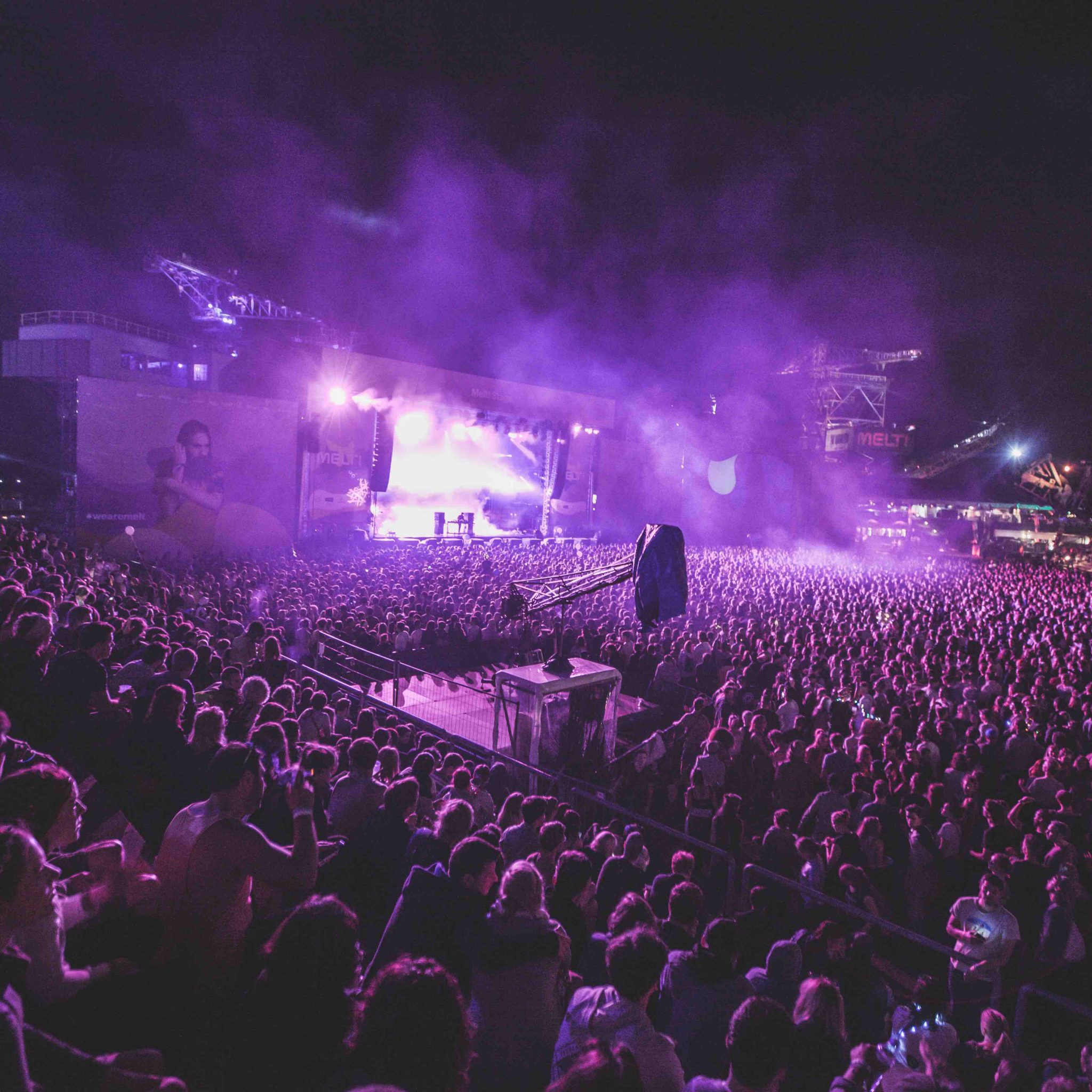 The decibel levels at many concerts hover around 120dB, which is equivalent to a thunderclap, an ambulance siren, or a jackhammer.

Gigs are generally louder. The decibel levels at many concerts hover around 120dB, which is equivalent to a thunderclap, an ambulance siren, or a jackhammer – for hours on end! So make sure you give yourself a break when you’re on a night out at a concert. Wear earplugs (even the cheap foam ones will make a difference), don’t stand near the speakers, and rest your ears every hour for a good 10 minutes. You can also limit the amount of time you’re exposed to loud noise in the lead up to a concert. For example, if you’re going to a festival for a weekend, perhaps don’t listen to your iPod as often during the week leading up to the event.

Portable Music & Media Device Users
If you regularly use a portable media device with earphones, you need to be aware that anything you listen to can affect your hearing health, not just music. In fact, you should be careful with audiobooks and podcasts, movies, games, and even communication like Skype or Facetime.

The most important factor is volume; the louder you listen to something the greater the damage it will cause to your ears. Every MP3 player is different so it’s difficult to determine a ‘safe set’ level, however, a good rule of thumb is the 60/60 rule. You should only listen to music at 60% volume, and you shouldn’t listen for more that 60 minutes in one sitting. 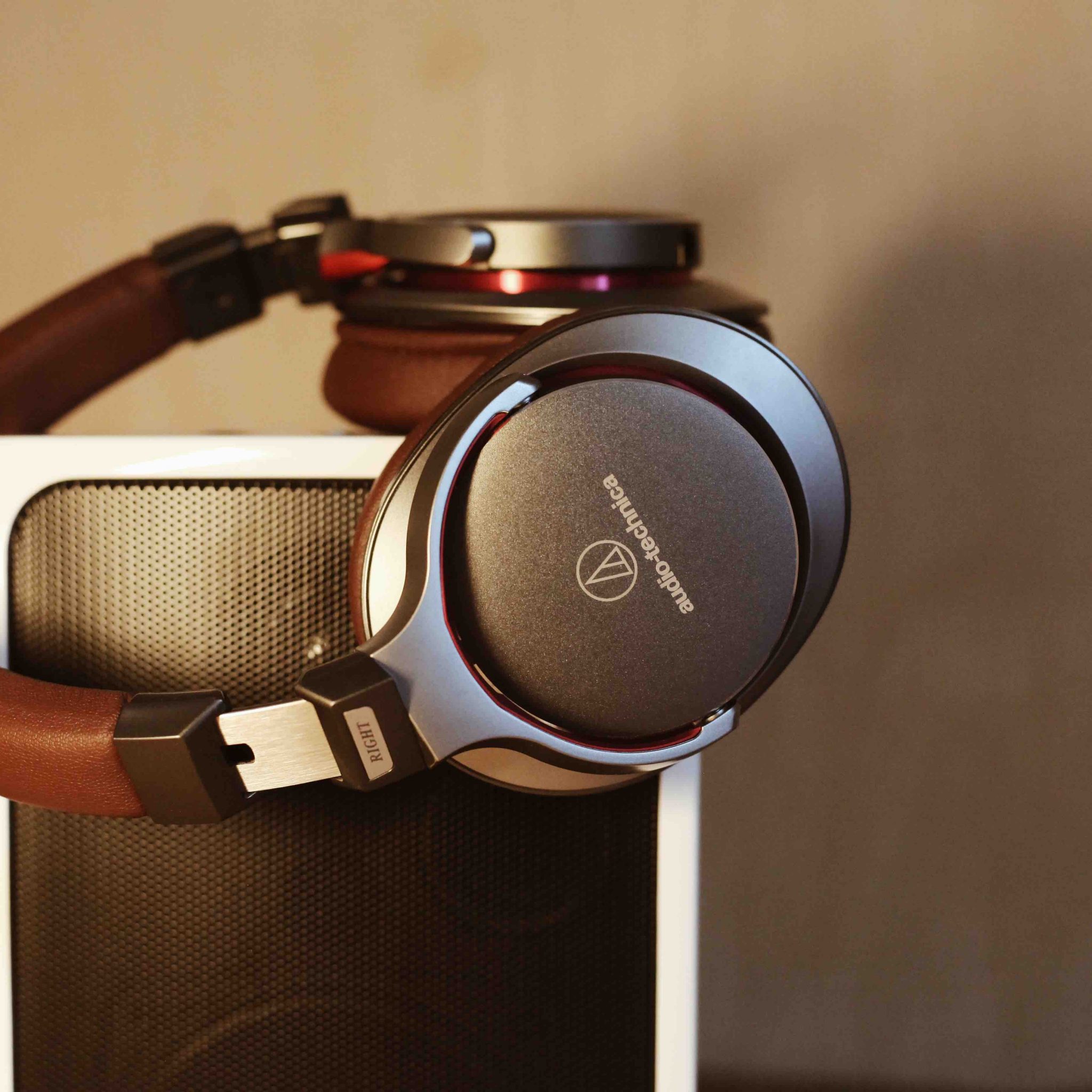 Old fashioned headphones that sit right over the ear can help reduce your risk of hearing damage.

Another important factor is your choice of earphones. The standard MP3 headphones don’t seal the ear and let in extraneous noise from outside, often prompting people to turn up their player volume. There are three types of headphones that can help reduce the damage:
1.The old fashioned ones that sit right over the ear.
2.The ones with electronic limiters that actively cancel out extraneous noise.
3.The ‘bud’ type earphones that have a custom sleeve and sit right in the ear, sealing against outside noise.

Where you do your listening can have an impact, as people tend to turn up the volume in noisy settings (such as on public transport or in a busy public space), to block out the environmental noise. It might be worthwhile avoiding apps that automatically increase the volume when environmental noise increases.

Finally, taking breaks to avoid continued noise exposure will also help reduce your risk of damaging your hearing. Listening to non-stop music doesn’t give the cells in the ear time to recover. So, you should always try to have at least 10 minutes of quiet for every hour of music you listen to.